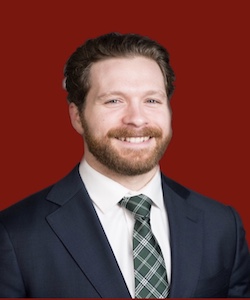 Law is in his genes and blood.  Lucas comes from a family of successful trial lawyers. His father was a prosecutor, criminal defense attorney with hundreds of trials to his credit and eventually became a judge.  While his mother is a successful Plaintiff’s personal injury attorney.

This is perhaps one of the many reasons Lucas is considered a fierce advocate for his clients.  He often appears in Court and at depositions with great results.  Early in life, Lucas learned how an aggressive and effective advocate can help people whose voices are often overlooked or ignored. Knowing he wanted to be an attorney, Lucas attended Brooklyn Law School where he graduated with honors. During law school, Lucas sought out every opportunity to get involved community projects. By his second year of law school, Lucas became the president of the Suspension Representation Project, a public service organization that provides representation for New York City school students in their suspension hearings. Lucas traveled all over the five boroughs to meet with families and their children to prepare for those hearings.

His experience in litigating high value cases, has garnered him with the ability to effectively communicate and build a relationship of mutual trust with his clients.  Lucas knows that building a relationship of mutual trust between the advocate and the client is crucial to successful representation. That is why understanding our clients’ needs through regular, effective communication is a key component of Lucas’ practice here at the Lambrou Law Firm.

Since becoming an attorney, Lucas has exclusively represented individuals against corporations, hospitals and insurance companies in all types of personal injury lawsuits ranging from slip and falls, trip and falls, automobile accidents, construction accidents as well as cases involving medical malpractice and nursing home negligence. He has secured millions of dollars for his clients including a $1,500,000.00 settlement on behalf of an infant in a case against the City of New York.

Lucas is admitted to practice law in the States of New York, New Jersey and South Carolina, as well as the Federal courts including the United States District Courts for the Eastern and Southern Districts of New York. He is also a member of the American Association for Justice and the New York State Trial Lawyers Association.